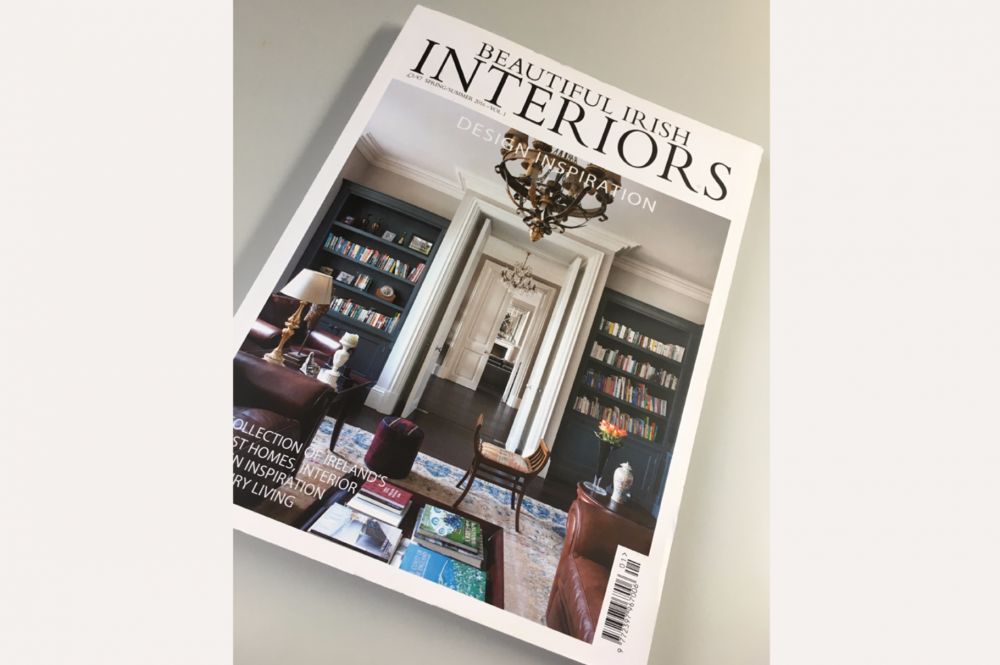 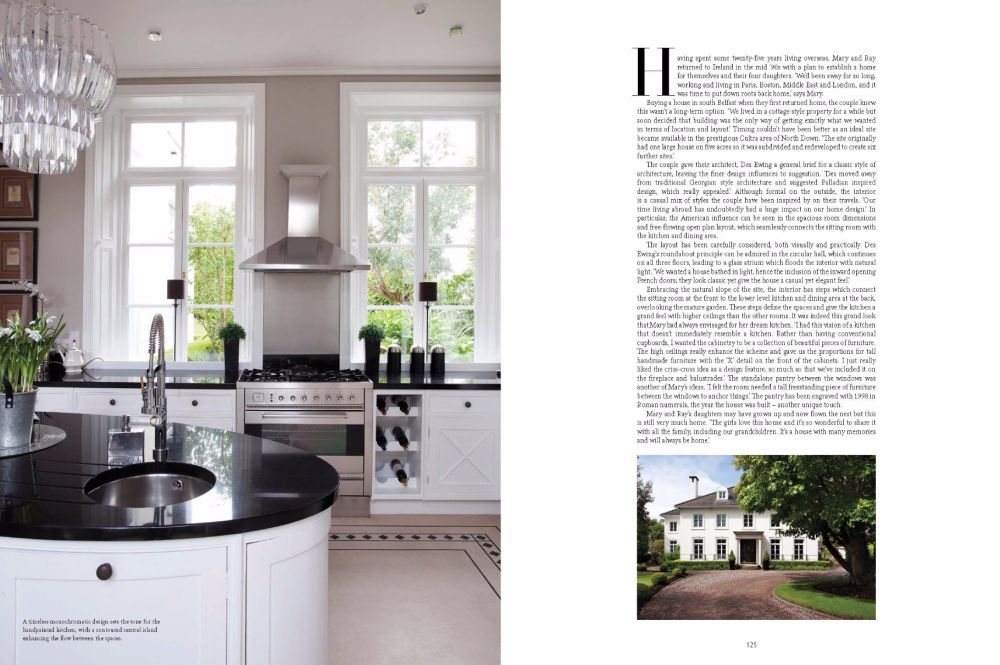 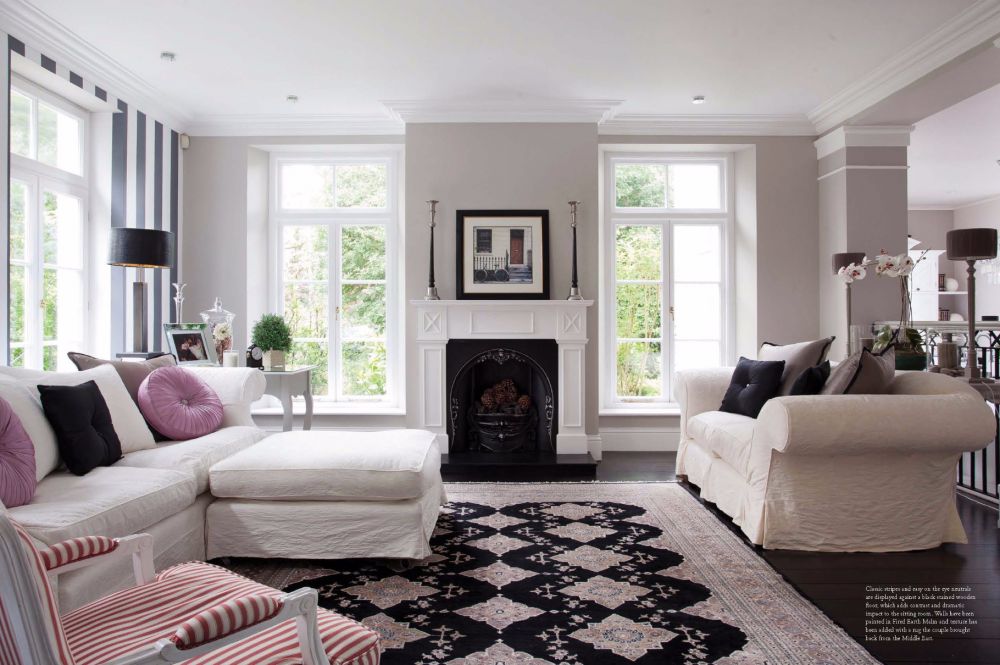 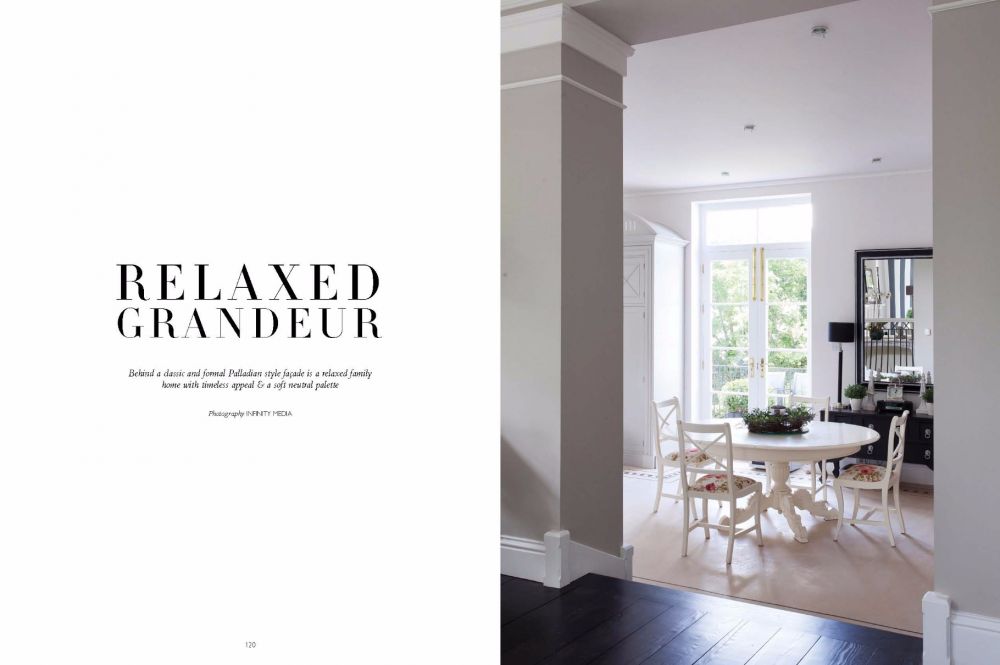 Having spent some twenty-five years living overseas, Mary and Ray returned to Ireland in the mid ‘90s with a plan to establish a home for themselves and their four daughters. ‘We’d been away for so long, working and living in Paris, Boston, Middle East and London, and it was time to put down roots back home,’ says Mary.

Buying a house in south Belfast when they first returned home, the couple knew this wasn’t a long-term option. ‘We lived in a cottage style property for a while but soon decided that building was the only way of getting exactly what we wanted in terms of location and layout.’ Timing couldn’t have been better as an ideal site became available in the prestigious Cultra area of North Down. ‘The site originally had one large house on five acres so it was subdivided and redeveloped to create six further sites.’

The couple gave their architect, Des Ewing a general brief for a classic style of architecture, leaving the finer design influences to suggestion. ‘Des moved away from traditional Georgian style architecture and suggested Palladian inspired design, which really appealed.’ Although formal on the outside, the interior is a casual mix of styles the couple have been inspired by on their travels. ‘Our time living abroad has undoubtedly had a huge impact on our home design.’ In particular, the American influence can be seen in the spacious room dimensions and free-flowing open plan layout, which seamlessly connects the sitting room with the kitchen and dining area.

The layout has been carefully considered, both visually and practically. Des Ewing’s round about principle can be admired in the circular hall, which continues on all three floors, leading to a glass atrium which floods the interior with natural light. ‘We wanted a house bathed in light, hence the inclusion of the inward opening French doors; they look classic yet give the house a casual yet elegant feel.’

Embracing the natural slope of the site, the interior has steps which connect the sitting room at the front to the lower level kitchen and dining area at the back, overlooking the mature garden. These steps define the spaces and give the kitchen a grand feel with higher ceilings than the other rooms. It was indeed this grand look that Mary had always envisaged for her dream kitchen. ‘I had this vision of a kitchen that doesn’t immediately resemble a kitchen. Rather than having conventional cupboards, I wanted the cabinetry to be a collection of beautiful pieces of furniture. The high ceilings really enhance the scheme and gave us the proportions for tall handmade furniture with the ‘X’ detail on the front of the cabinets. I just really liked the criss-cross idea as a design feature, so much so that we’ve included it on the fireplace and balustrades.’ The standalone pantry between the windows was another of Mary’s ideas. ‘I felt the room needed a tall freestanding piece of furniture between the windows to anchor things’. The pantry has been engraved with 1998 in Roman numerals, the year the house was built – another unique touch.

Mary and Ray’s daughters may have grown up and now flown the nest but this is still very much home. ‘The girls love this house and it’s so wonderful to share it with all the family, including our grandchildren. It’s a house with many memories and will always be home.’